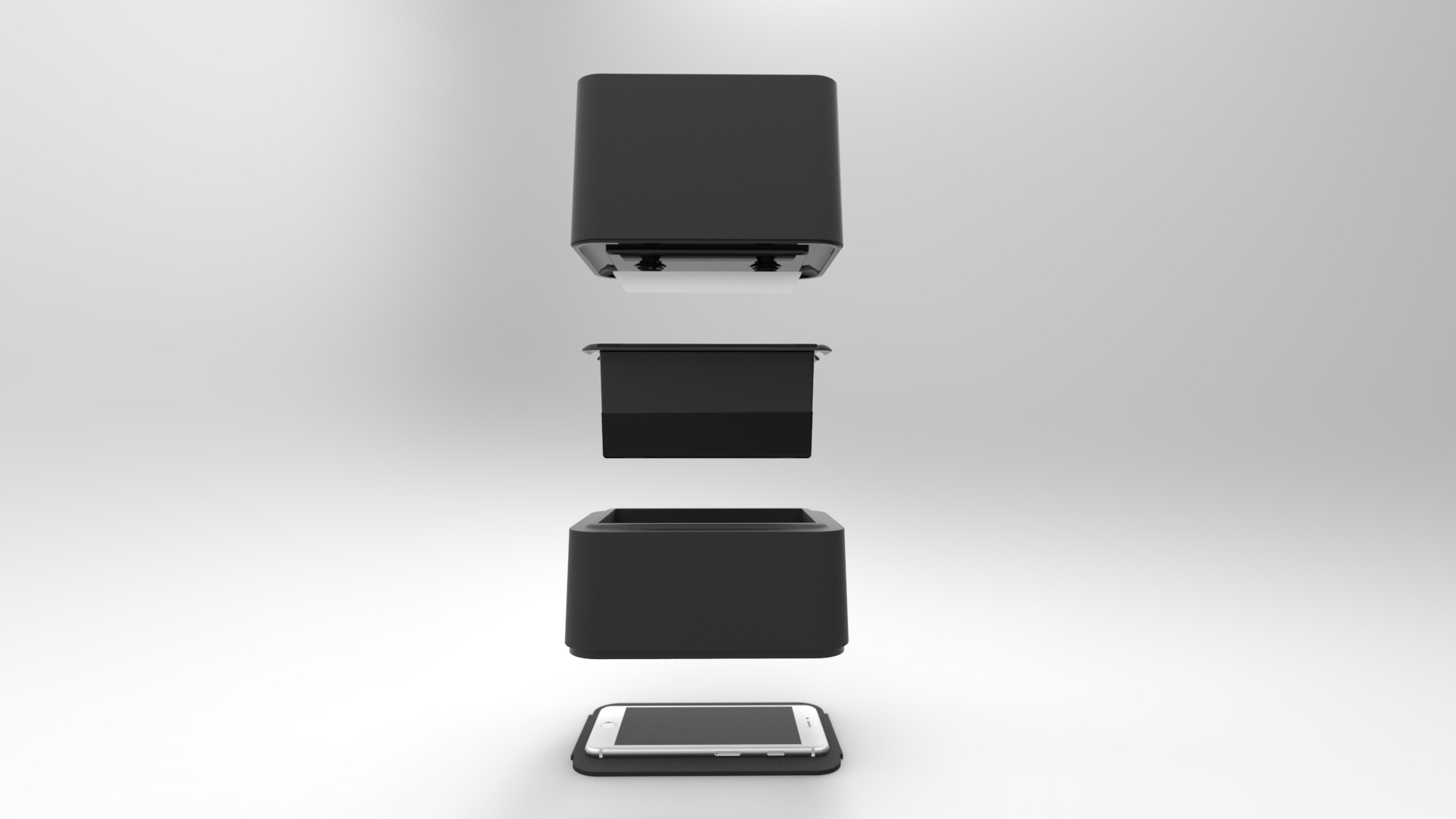 ONO was redesigned to be better and even easier to use. The changes were based on concerns from backers as well as testing done with the original prototypes. The result is a slightly different look, but with a higher concentration of features that makes ONO even more impressive.

The final design is safer for phones and more adaptable than ever. The base of the printer has been redesigned so that it can raise and lower the height of the resin tank from the phone screen. This new design uses springloaded screws, which allow any phone to be positioned perfectly against the printing film, regardless of thickness.

Phone pad and base with adjustable screws

The resin tank is now completely removable from the main body of the printer. This redesign was made after observing some of the problems with cleaning out other SLA printer beds. Removing the tank makes recycling unused resin and cleaning the tank easier.

The build plate will now be made out of aluminum to have better part adhesion. It will also be removable from the zaxis actuators, making it easier to remove the finished parts as well as easier to clean.

The snug fit between the resin tank and the adjustable base pulls the build film tight as it is inserted into the main body. This leads to better prints and creates a better seal between the film and the phone.

Printing film attached to base of removable resin tank

While the old design used audio from the phone’s earpiece, there were issues with ambient noise affecting print quality. The new design took the audio cue and hardwired it to the printer through a custom cable. The cable is plugged into a USB power source at one end, and then splits into a USB which plugs into the ONO and a headphone plug, which goes into the phone’s headphone jack. The cable eliminates any risk of outside noise interference, as well as the need for batteries. ONO can now be plugged directly into a wall charger for printing inside, or an external power bank for printing off-grid.

The latest version of the printing film is designed to last for at least 10 prints, as opposed to the previous maximum of 3 prints. Since the film can be used much more, readjusting the film became a necessity for consistent prints. The new film is attached with replaceable doublesided tape, to ensure a tight seal every time.

These redesigns optimize performance and make for a better printer overall.